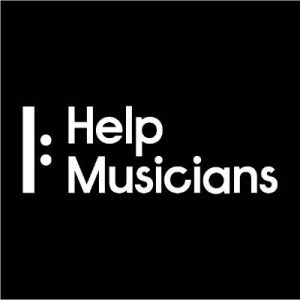 Breakthrough, our artist development programme for developing and emerging music artists from the Yorkshire region is now in its 5th year!

Funded by Help Musicians UK with match funding from Arts Council England Breakthrough, is our intensive artist development programme. It has supported some of Yorkshire’s most talented original music artists (of many diverse genres) to grow sustainable music careers.

To select the artists, we run annual calls, working with industry experts from festivals, radio, record labels and management. We score submissions under: musicianship, professional / online presence, and overall impact, also considering which artists would benefit most from the support.

Mentoring is a valuable aspect of the programme, but talking invariably also leads to a need for actually ‘doing’… and because Higher Rhythm is unique regionally, offering the entire music & radio industries in-house, we can therefore provide ‘direct’ solutions to any artist’s needs identified. This involves free access to our own recording studios, radio station, record label, distribution and event promotions.

To date, we have supported more than 60 regional artists involved in Breakthrough to achieve successes such as:

Developing the business skills needed to be a sustainable artist

We also work with artists to better understand the financial / wider implications of artistic activities. This covers areas such as touring, releasing, marketing / PR, record deals and taxation. Additionally, we support artists to build skills around managing investment, including securing grant funding (such as HMUK’s ‘Do it Differently’ and PRS Foundation’s ‘Momentum’). The music business support received through Breakthrough enables musicians to operate as more effective industry professionals and small enterprises.

As a ‘neutral’ organisation, operating outside of the competitive tussle which exists between cities, Higher Rhythm are able to deliver Breakthrough as a truly inclusive programme. We strongly believe that ‘place’ shouldn’t be a barrier to accessing the music industry. Breakthrough therefore levels the playing-field with 53% of artists coming from towns and villages, alongside 47% from the region’s cultural-industry hot-spots.

From April 2021, the Association of Independent Music (AIM), will provide free memberships for artists on the Breakthrough programme each year. This means artists can benefit even further from training, expert advice, networking and exclusive opportunities.

As part of the programme, we have published some free tools for music artists produced as a result of direct feedback at Breakthrough music industry panel events held in Leeds, Sheffield, Hull and Scunthorpe.

Breakthrough has also featured in a Parliamentary debate, praised by Louise Haigh MP, discussing the work of Higher Rhythm, who described the programme as a “regional asset, which helps artists tangibly progress in their careers”.

Below are a few of the artists supported through Breakthrough:

Starting out as a young artist in various bands recording at Higher Rhythm, then graduating from our Breakthrough artist development programme in 2016, Skinny Pelembe’s stellar success followed, signing with Brownswood Recordings, playing sell out tours and major festivals, and, being championed by BBC Radio’s Lauren Laverne, Mary Ann Hobbs, Giles Peterson and Tom Ravenscroft (to name just a few…). Skinny still records his music at Higher Rhythm Recording Studio including his debut album in 2019 which was album of the week on BBC Radio 6.

LIO is an ambient alt-pop band fronted by Leonie Sloots from Sheffield, and were selected for our Breakthrough Artist Development Programme in 2019. Having enjoyed festival appearances at Outlines, Tramlines, and Y Not Festival and  radio play on Amazing Radio and BBC Introducing, LIO took part in our PRS Foundation Open Fund project in 2018 and progressed from this onto Breakthrough with the ambition of releasing more music, building artistic profile and growing their fan-base. Leonie, the front woman in LIO progressed to lead on the 2020 Breakthrough programme, supporting artists as a project worker at Higher Rhythm.

Bi:Lingual, fronted by the energetic Dylan Cartlidge, were a band that took the phrase ‘power trio’ to a whole new level… They won a place on our first Help Musicians UK and Arts Council funded pilot year of the Breakthrough Artist Development Programme, and took the roof off Maida Vale when they played live at our artist showcase event. All members are still making music, as new acts, and the frontman Dylan, is excelling as a music artist, signing with Universal and definitely being another one to watch.

Zimbabwean born, Singer-songwriter Rumbi Tauro is an R&B/Soul artist. Rumbi was born in Marondera, Zimbabwe and lived there with her parents up until the age of four. In 2002, her parents decided to relocate to Doncaster. Rumbi’s life has always been filled with music; alongside learning two instruments she was also a part of her school and church choirs. Moving on into 2020, Rumbi decided to put her pen to paper and started to write lyrics, resulting in her debut EP The Process released just 6 months later. Rumbi has been listed as one of the upcoming black artists to watch by BBC Introducing in October 2020.

August Charles, is a soul and R&B artist who progressed from our PRS Foundation TDP artist programme, onto our Breakthrough Artist Development Programme in 2020.  After releasing  two singles, August secured funding from HMUK’s ‘do it differently’ fund in 2020 to help him develop further as an artist.

Hannah is a 22-year-old singer songwriter from Snowdonia in North Wales, now based in Leeds, whose music exhibits a unique blend of indie, folk and jazz. There is a gentle, but resolute quality to her writing and performance; her organic approach to music is driven by a desire to affect the emotions with the lightest touch. Having spent the summer of 2019 performing with her band across the UK and Europe, including MMVV in Catalonia, Boomtown Festival, Focus Wales & Live at Leeds One’s to Watch, she has captured the attention of a community and is currently working on her debut release.

Joe Russell-Brown, a 19 singer songwriter from Scunthorpe, was selected for our Breakthrough Artist Development Programme in 2018. Joe developed as an artist, turning out a self-recorded EP with a fair label of ‘lo-fi dream pop anthems’ being attached. Gathering a list of 9k fans, playing gigs across the region and selling his music in 62 countries, perhaps Joe’s own description of “a reet ole year” summarises how things have gone for him on 2018. Joe is also now heading up the 2020 PRS Foundation TDP programme of activities at Higher Rhythm supporting artists as a project worker.

Successful applicant to Higher Rhythm’s Help Musicians UK and Arts Council England funded Breakthrough Artist Development Programme in 2018, no fixed ID, is a unique musical talent that almost manages to sneak into the gap between the boxes of ‘alternative rap pop’ and ‘art rap’. With appearances at HerFest, Live at Leeds and The Big Boulder Festivals, being selected for a physical single release through Come Play With Me, and being a speaker on a music industry panel at the Yorkshire Music Forum annual conference, 2018 was definitely a productive one for, no fixed ID.

XL is a Hip Hop artist from the North of England. A student of the game, highlights of XL’s career so far include four BBC Live Sessions in studio, three tracks with UKHH legend, Scorzayzee, featuring on renowned YouTube channels Global Faction and JDZ Media, and most recently performing for the BBC’s “Contains Strong Language Program”.

Floodhounds were successful applicants to our Breakthrough Artist Development Programme in  2017. Festival appearances at Live at Leeds and Long Division (Wakefield) followed, alongside BBC Introducing airplay and sold out local live shows in Sheffield. Floodhounds also won an ‘Honorable Mention’ for the Sensoria Festival ‘Beats working for a living’ Music Commission Award in 2018. They were awarded with a grant to support their career development presented by Richard Hawley, and ended 2018 playing international dates.

The Harriets were selected for our Breakthrough Artist Development Programme in 2017. The band landed festival appearances at Live at Leeds and Long Division (Wakefield), alongside a BBC Introducing live radio session, playing live at Doncaster Rovers Football Stadium. They round off 2017 with a sold out headline appearance at 360 Club, Leeds, and a performance at the Brudenell Social Club. In 2018 they were shortlisted for the Glastonbury Festival emerging talent contest. The Harriets are a hard working band that never stop pushing themselves and typify what being a self managed artist in the modern music industry is all about.

Let Man Loose, from Hull were selected for our Breakthrough Artist Development Programme in 2018. With a sound bridging indie and desert rock, they can really play live, and they do… a lot! Summarising their year in their own words: “We’ve had a blast! We’ve played on the ferry to Amsterdam, recorded and released our second EP, received increasing support from BBC Music Introducing and have just wrapped up our UK tour…”  Other highlights for Let Man Loose included supporting Black Honey, playing Sheffields Big Boulder Festival and Nottingham’s Dot to Dot Festival, and awesome, Humber Street Sesh in Hull.

F|U|S are a zany psych power trio based in an analogue studio, which neighbours various other independent DIY spaces, forging a creative community in beautiful downtown Sheffield, UK. On stage, sweat pours from every pore with every pause of their sweaty paws playing fuzzed out, fretless sub-bass grooves and gating gritty guitar bites, backed by the true northern powerhouse of percussion, and topped with wide-eyed wacky wailing.

This website uses cookies for certain elements to improve the user experience. Visit our Cookies Page to find out what they are, which ones we use, and how you can manage or remove them.