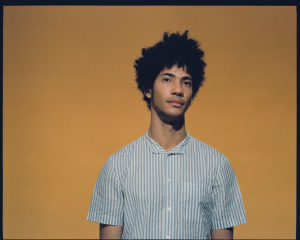 We have worked alongside Sound UK, Doncaster Music Education Hub and Youth Music as part of a national project which involved joint commissioning a brand new musical work by Skinny Pelembe, Field Notes #2.

Performing the piece has involved a host of young musicians from the Doncaster Youth Swing Orchestra and Rainbow Connection Choir. Inspired by conversations with social workers and nurses, Skinny Pelembe’s Song for South Yorkshire premiered online on 23rd March.

This national music project, A Song for Us, led by Sound UK, was developed by Sound UK to mark this historic time and celebrates our communities and the power of music to bring us together. Leading singer-songwriters and composers Skinny Pelembe, Seth Lakeman, This Is The Kit & Bucky and Gwenno have created the first in a series of fifteen County Songs.

ABOUT SKINNY PELEMBE: Skinny Pelembe is a multi-talented wonder, born in Johannesburg and raised in Doncaster. He released debut album Dreaming Is Dead Now in May 2019, with support from BBC 6 Music’s, BBC Radio 1 and Worldwide FM. In 2020 Blue Note asked some of the top British names in music to rework songs from their legendary back catalog. Skinny’s version of Andrew Hill’s cult classic Illusion was chosen as one of the singles from the Blue Note Reimagined album. His varied approach to his influences started early on. His two older brothers were heavily into hip-hop, while he would also absorb the West Coast folk and country music played by his dad. The former influences the way he thinks about his lyrics. The latter has continued to inform the way he writes songs. Listen to Skinny Pelembe’s music below. skinnypelembe.com

ABOUT DYSO: The Doncaster Youth Swing Orchestra is the second tier of DYJA ensembles – the intermediate and training level. At this level young musicians explore the popular songs of the Swing Era alongside more complex styles of the modern- day Big Band and enjoys its own identity as a driving modern Big Band. Musical Director – Mark Sabin. Band Manager – Louise Patterson dyja.co.uk

ABOUT RAINBOW CONNECTION: Rainbow Connection are firmly established as one of the UK’s experts in Choral singing. Founded in 2003 by Paul Mellors & Deborah Mellors with the aim of offering high quality musical training for beginners to professionals. With a family of 13 choirs they have a huge diversity of singing groups. rcchoirs.com

This website uses cookies for certain elements to improve the user experience. Visit our Cookies Page to find out what they are, which ones we use, and how you can manage or remove them.